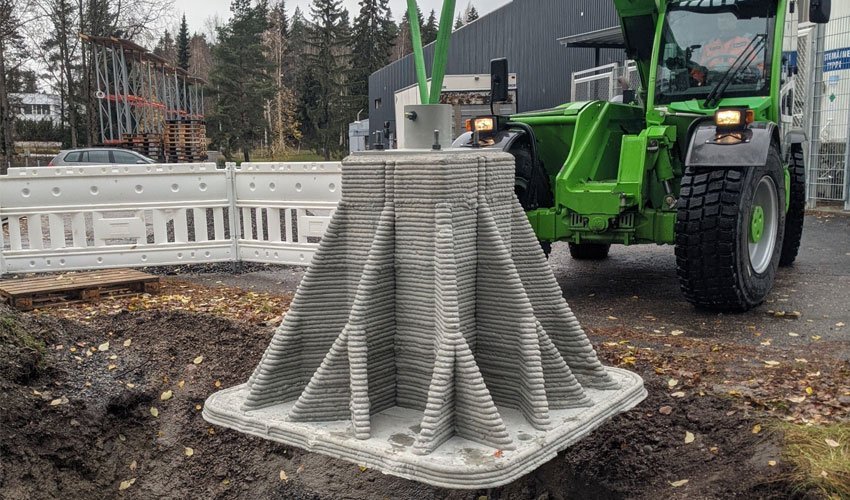 Spanish company Iberdrola specializes in electricity and natural gas, offering distribution and marketing solutions. Recently, it collaborated with the manufacturer Hyperion Robotics and Peikko to 3D print the foundations of its green energy transmission networks. Specifically, they envisioned an pad foundation, a shallow foundation that takes and spreads point loads safely, made of concrete, for substation projects not only using 75% less material but also improving the production method of these critical structures.

Concrete is now one of the most consumed materials on Earth, generating about 8% of global carbon emissions. However, its production is growing rapidly, which could have disastrous environmental consequences for our planet. Faced with this ecological dilemma, several players have focused on concrete 3D printing to reduce their impact by offering less harmful alternatives. Indeed, it is common knowledge that additive manufacturing uses only the material it needs, thus reducing the waste generated. Hyperion Robotics is one of these players, using robotic arms to extrude concrete layer by layer. 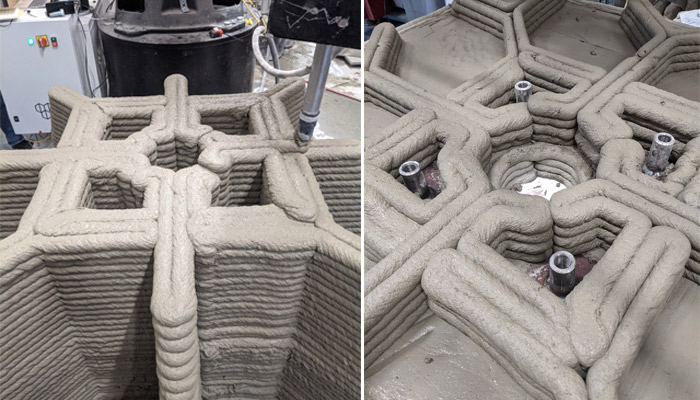 Its 3D printing solutions were recently used on behalf of Iberdrola, a group that builds miles of power lines to distribute renewable energy. As the company expands, it is looking to develop more grids to carry so-called green energy. It has turned to concrete 3D printing to design more efficient means of transmission that are less harmful to our planet.

Hyperion Robotics has come up with 3D printed optimized foundations on blocks, using 75% less structural concrete than traditional construction methods. These methods are not very automated and often require skilled labor, which is unfortunately lacking in the market. By using additive manufacturing, the Spanish group is able to free itself from this constraint and also offer a more environmentally friendly method. 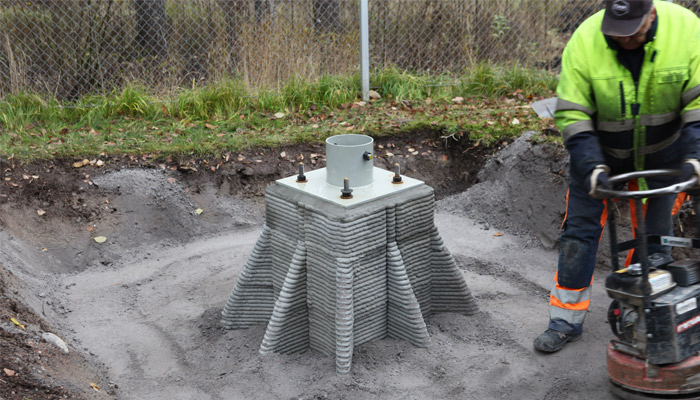 Henry Unterreiner, co-founder of Hyperion Robotics, explains, “This [3d printed] foundation is very special. Being the first in the world – it is saving 75% of material compared to traditional pad foundation typically found in energy infrastructures.”

By performing several tests, the teams concluded that with horizontal and vertical traction, only 25% of concrete was needed to obtain the same strength as that obtained through conventional processes. These results are very conclusive, especially since Hyperion Robotics’ solution uses reinforced concrete with a low carbon content. The manufacturer uses materials such as ashes, mining residues and demolition waste, reducing CO2 emissions and costs by 90%.

The foundation has been successfully installed in Finland and marks the beginning of a great collaboration between the construction industry!