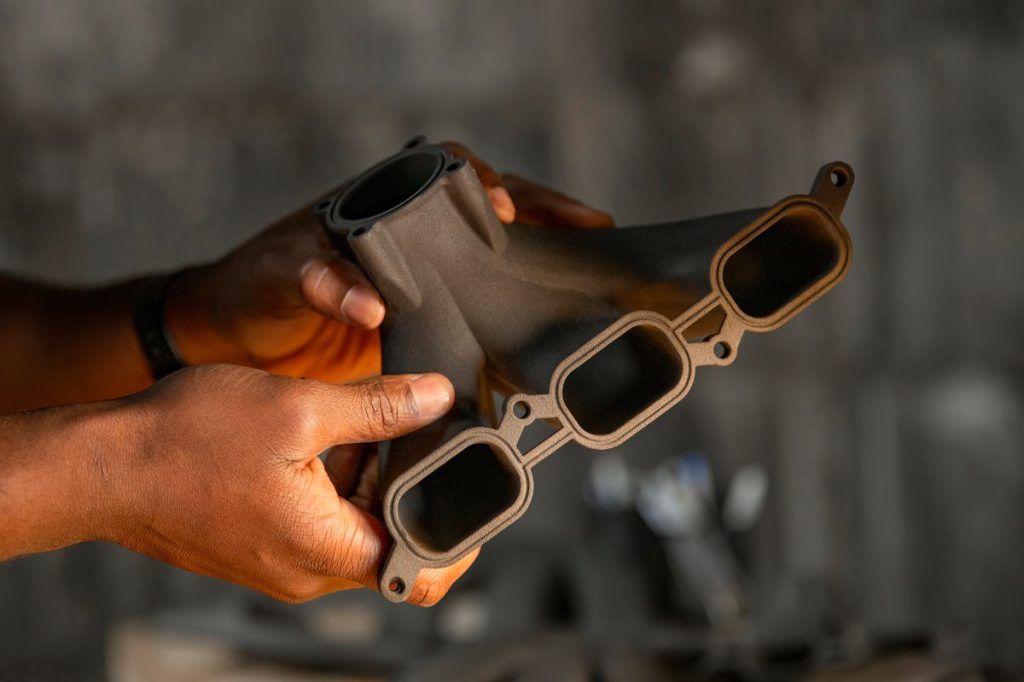 The Fuse 1+ 30W, is Formlabs’ latest foray into SLS 3D printing and features several upgrades, including a 30-watt laser, designed to facilitate the faster production of parts from new, high-performance materials. Thanks to these improvements, Formlabs says the system will enable its core professional designer users to begin producing parts in-house in under 24 hours when it ships in late-August 2022.

Established in September 2011 by three MIT Media Lab students, Formlabs is primarily known as a developer of stereolithography (SLA) 3D printers and materials than SLS ones. The firm’s continuously evolving SLA portfolio, which allows it to address the needs of clients ranging from designers to dentists and clinicians, currently includes the Form 3+, Form 3L, Form 3B+ and Form 3BL.

Formlabs has carved out a significant share of the SLA market, selling over 100,000 SLA 3D printers. Now it’s now facing stiff competition as resin 3D printing has become increasingly commodified due to the proliferation of lower-cost LCD-based systems – primarily coming from China. A similar pattern played out in the FFF world, with elevated early price points followed by a boom in more affordable 3D printers; a trend undoubtedly hastened by Dr. Adrian Bowyer’s RepRap project.

One way to stay ahead of the competition is to keep moving. And Formlabs moved into SLS, launching the Formlabs Fuse 1 and Fuse Sift in January 2021. Parallels can be drawn with Prusa’s diversification, adding SLA to FFF to its product portfolio with the Original Prusa SL1S SPEED resin 3D printer.

Speaking about the launch, CEO Max Lobovsky said “Since launching the Fuse 1 in January 2021, Formlabs has single handedly expanded the SLS market, accounting for more than 50 percent of SLS printer sales in that time.”

“WITH THE FUSE 1+ 30W, WE’RE PUSHING SLS 3D PRINTING TO NEW HEIGHTS — DELIVERING TRULY RAPID, HIGH-THROUGHPUT SLS PRINTING AT A PRICE POINT THAT COMPANIES CAN AFFORD. IN TOTAL, FORMLABS HAS SOLD OVER 100,000 PROFESSIONAL SLA PRINTERS — MORE THAN ANY OTHER 3D PRINTER MANUFACTURER — AND THE FUSE 1+ 30W SETS US UP TO SIMILARLY DOMINATE THE SLS MARKET.”

Chris Connery, VP of Global Analysis and Research at analysts CONTEXT elaborates on this data, “looking at all SLS printers irrespective of price point and build volume and just looking at SLS alone (excluding HP’s MPF, Stratasys’ SAF and other Polymer Powder Bed Fusion technologies) then indeed Formlabs had the top aggregate unit volume market share Q1’21-Q1’22 with 49.8%. When machine price is used to weight SLS market share to then show share by system revenue (Unit x Price) then EOS enjoyed the top market share during that period with 32% (with Formlabs as the #3 player in terms of SLS System revenues). If ALL Polymer Powder Bed Fusion system shipments are included, then Formlabs still enjoyed the top market share at 38% followed by HP.”

Continuing, the analyst adds, “For sure credit goes to Formlabs for championing this new category of benchtop SLS printers but indeed also important to properly position these smaller machines as a new category. CONTEXT tends to quantify the printer market by way of ASTM Process (to then aggregating in MJF, SLS, SAF, etc into Polymer Powder Bed Fusion) and by our price classes INDUSTRIAL ($100K+), DESIGN ($20K-$100K), PROFESSIONAL ($2.5K-$20K), PERSONAL (under $2.5K) and KIT&HOBBY (Defined by DIY assembly). As such, HP was the largest Polymer Powder Bed Fusion player over that time in both the INDUSTRIAL as well as the DESIGN price classes with Formlabs leading the PROFESSIONAL space (far ahead of #2 Sinterit).”

As highlighted in our Fuse 1 3D printer review, Formlabs’ debut SLS system is designed to provide engineers and designers with an affordable and accessible means of creating functional prototypes and parts. Building on these foundations, the Fuse 1+ 30W features a number of new and improved components, that enable it to process a broader range of powders and produce parts twice as quickly. In addition to a more powerful laser, the machine owes its increased speed to a new galvanometer system, which allows it to reach scanning speeds of up to 12.5 meters per second.

The Formlabs’ Fuse 1+ 30W 3D printer has the same 165 x 165 x 300 mm build volume as before, but its new active powder handling system is now said to make it compatible with industrial-grade materials. The system also comes fitted with a nitrogen purge option that, according to the firm, allows it to process these in a way that yields parts that have “properties competitive with [those of] industry leaders.”

To showcase the Fuse 1+ 30W’s capabilities, Formlabs has already published case studies in which it was used to manufacture various cycling and automotive parts. In one example use case, the firm found it was able to produce shaft couplings 52% faster than the Fuse 1. In another, meanwhile, it drove down bike seat lead times by 24%, proving its worth as a design validation and stopgap-creating tool.

If used alongside the Fuse 1+ 30W, Formlabs also says its Nylon 11 CF Powder is ideal for creating lightweight-yet-rigid parts capable of withstanding repeated knocks. When utilized to produce plastic alternatives to metal spares, for instance, the company claims its material allows adopters to harness the best of nylon and carbon fiber, and manufacture products with both high stiffness and strength.

In practice, Formlabs believes its new system could be adopted by existing SLS users seeking to “decentralize their 3D printing operations,” without duplicating costs. Similarly, the firm expects the Fuse 1+ 30W’s enhanced capabilities to make it ideal for producing a much wider range of replacement parts, as well as industrial fixtures, jigs and tooling.