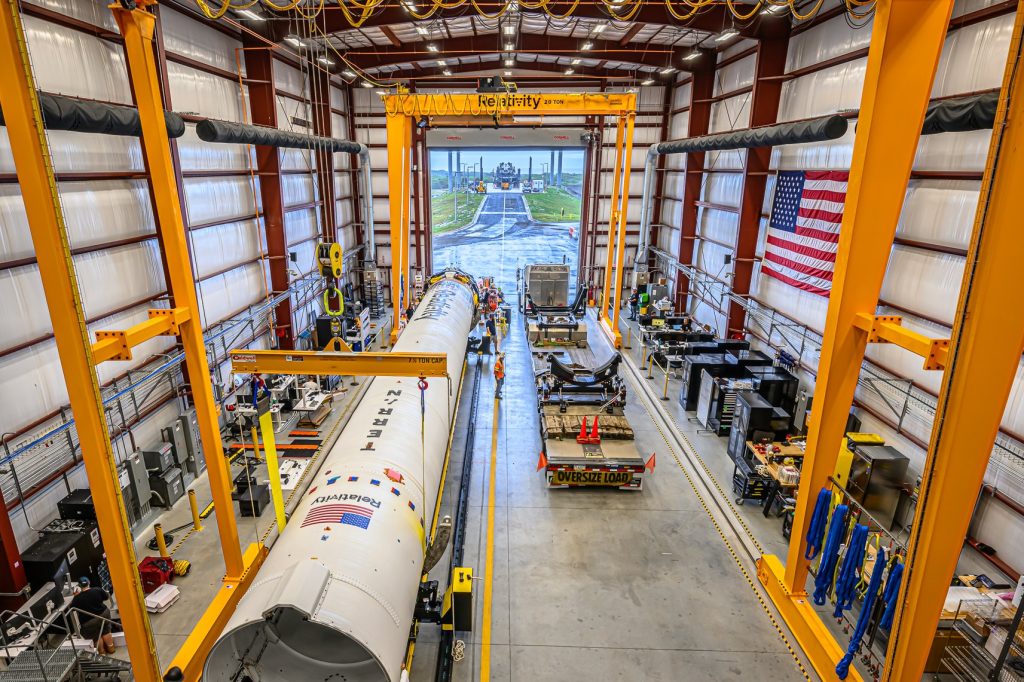 Space launch firms Impulse Space and Relativity Space have announced a joint mission to Mars to deliver what is thought to be the world’s first commercial payload to the red planet’s surface.

As part of the partnership, Relativity is set to launch Impulse’s Mars Cruise Vehicle and Mars Lander aboard its reusable, 3D printed Terran R rocket. The rocket will deliver both the Cruise Vehicle and the Mars Lander into a trans-Mars injection (TMI) orbit, at which point the aeroshell-equipped Lander will make its way through the atmosphere and onto the surface.

The Impulse Lander will be carrying its own payload designed to support research and development operations for future missions. As such, the mission is ultimately intended to accelerate the partners’ shared goal of making humanity a multi-planetary species.

The exclusive agreement will run until 2029, but the launch window for the mission starts as early as 2024. Once ready, the Terran R rocket will take off from Cape Canaveral, Florida.

“This is a major milestone for both Impulse and Relativity, as well as the entire space industry,” said Tom Mueller, Impulse Space’s founder and CEO. “One of the most challenging aspects of landing on Mars is the ‘glide stage,’ which involves an aeroshell to encapsulate the lander for the survival of Mars entry. With the power of our combined teams, experience and passion, I am confident this historic mission will be just one of many to come.”

Established in September 2021 by Mueller, a founding member of SpaceX, Impulse Space may be a newcomer on the scene but it’s backed by deep industry experience.

The firm is currently dedicated to providing economical in-space transportation services for payload deliveries and orbital satellite movements. In the long-term, it will pivot towards transportation of space resources, lunar missions, asteroid resources, in-space manufacturing, and of course planetary missions.

“We believe building a multiplanetary future on Mars is only possible if we inspire dozens to hundreds of companies to work toward a singular goal,” said Tim Ellis, co-founder and CEO of Relativity. “This is a monumental challenge, but one that if successfully achieved will expand the possibilities for human experience in our lifetime across two planets.”

The rise of the Terran R

On the other hand, Relativity Space has been around since 2015. The firm claims to have created the world’s first entirely 3D printed rocket, the Terran 1, which is set for its first orbital launch this year.

The Terran 1 has since been succeeded by the larger Terran R, featuring a five-meter payload fairing and a payload capacity 20x greater than its predecessor. Backed by hundreds of millions in funding, the rocket is aimed at government and commercial customers seeking an affordable route to space and low Earth orbit. So far, Relativity has signed five customers for the Terran R with more than $1.2B in backlog. This includes a multi-year, multi-launch Launch Services Agreement (LSA) with OneWeb, which was announced in June 2022.

Both of relativity’s rockets are enabled by the firm’s metal robotic arm-based Stargate 3D printers. The proprietary in-house systems allow for entire rockets to be 3D printed in just 60 days, all while slashing individual component counts by 100x. Relativity has developed four iterations of Stargate to date, with the most recent version boosting print speeds by 10x.

Ellis adds, “With the delivery capabilities of Terran R coupled with Impulse’s in-space transportation, we are bringing humanity one step closer to making Mars a reality. This is a historic, impactful partnership with Tom and the entire Impulse team through the collaboration of two low-cost commercial providers that will establish and expand our presence on Mars.”