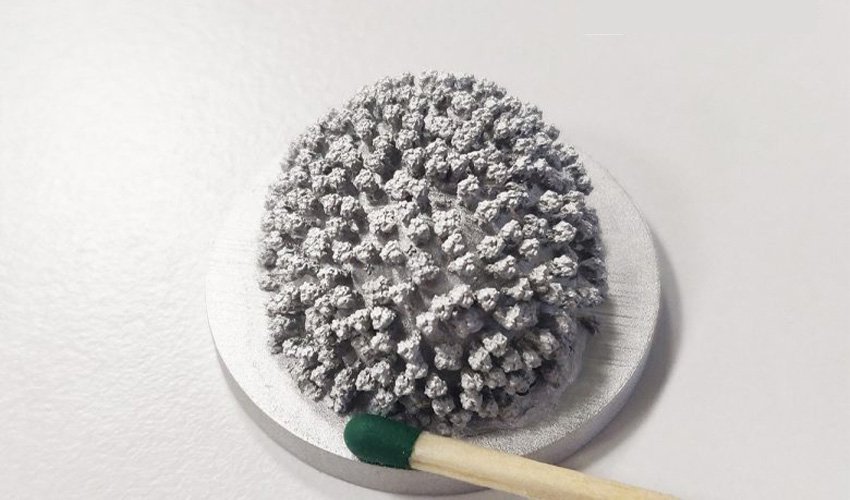 MetShape Uses 3D Printing to Help in Fight Against Viruses

There are hardly any industries left in which additive manufacturing is not used in at least some way. In medicine in particular, 3D printing has proven itself as a manufacturing method, launching helpful applications for both patients and doctors. Whether 3D-printed prostheses, implants or biological cell tissue, the technology has already been able to innovate the healthcare field in many ways. MetShape, a 3D printing service provider for small and micro metal components, has now also printed a high-precision virus model that would not have been feasible using other metal AM processes. The model was commissioned by CIC nanoGUNE to research the spread of viruses and their transmission mechanisms.

It probably comes as a surprise to no one that much research in the medical field is devoted to the fight against viruses. The diseases are particularly hard to kill as there is little medicine that can be used effectively against them (except specifically-developed vaccines) and they are able to replicate in our bodies, killing host cells and causing damage. Beyond just COVID-19, which has shown the difficulties of fighting viruses on a large scale, the seemingly innocuous influenza (more referred to as flu) can be deadly, with even 2019-2021 resulting in an 35 million cases and 20,000 deaths according to CDC estimates, a lower number compared to previous years. Innovations in fighting against viruses are thus highly sought out and MetShape hopes that 3D printing can prove to be an effective new tool. 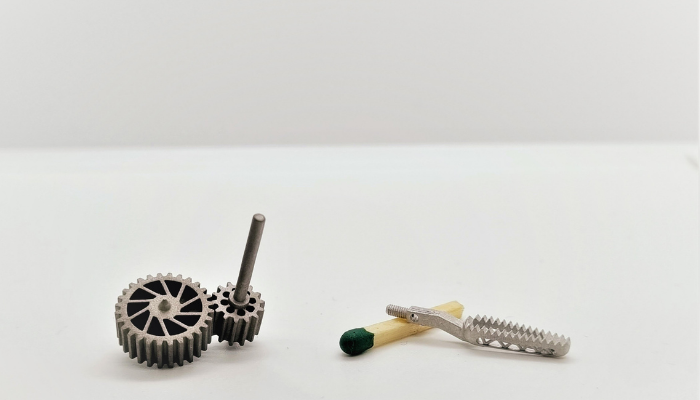 The CIC nanoGUNE, a new research center in the Spanish Basque Country has dedicated itself to precisely this question, among others, in a research project. NanoGUNE is funded by the Basque government’s Ministry of Industry, Trade and Tourism and aims to strengthen collaboration with other research laboratories but also with industry. To understand transmission mechanisms of viruses, such as SARS-CoV-2 or influenza, CIC nanoGUNE uses centimeter-scale water/virus models for aeration and de-aeration studies. Viruses can be transmitted by aerosols (solid or liquid airborne particles). Researchers are interested in detailed microscale virus models to visualize the surface area of viruses and the number of “spikes” to study their behavior in air. These studies use centimeter-scale models, which must have capillaries smaller than 1 mm so that gravity does not distort the results. Since this level of precision cannot be achieved for micro parts using standard 3D printing methods such as binder jetting or the SLM process, CIC nanoGUNE turned to MetShape to produce the virus model at a scale of 250000:1.

To create the model, MetShape used its patented LMM (Lithography-based Metal Manufacturing) process. LMM is a sinter-based additive process for the production of high precision, micro- and nano-metal components. The finished model has a diameter of 30 mm and could be provided to nanoGUNE after successful printing, debinding and sintering without additional post-processing steps. Due to its precision, the metal model achieved better results when wetted with water compared to a polymer model.

In comparison: on the left a polymer model, on the right the metal model from MetShape

And nanoGUNE is also convinced by the result, as Prof. Alexander Bittner notes: “Thanks to the model printed by MetShape, we can now carry out our experiments on the wetting and dewetting of water on viruses and thus achieve a new milestone in the research of virus aerosols. With the new possibilities through innovative manufacturing technologies, we are taking a big step closer to our long-term goal of protecting as many people as possible from virus infections.” You can find out more HERE.