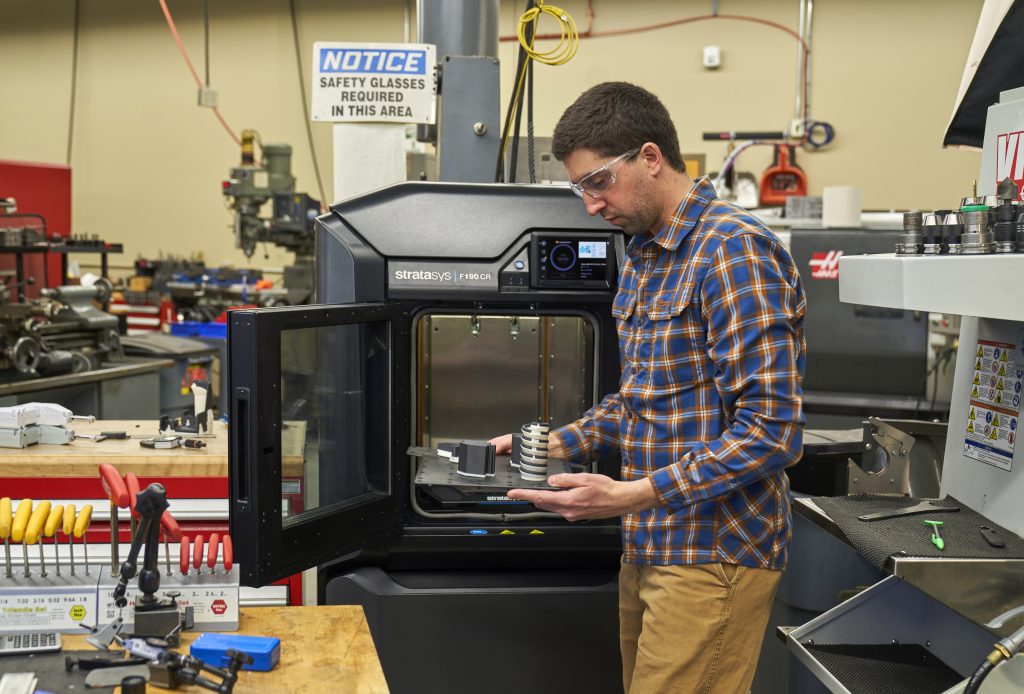 The strategic investment was certainly an unexpected one as Stratasys is one of the most seasoned veterans in industrial 3D printing. The companies may both be based in Israel, but their market segments couldn’t be more different: Nano Dimension specializes in Additively Manufactured Electronics (AME) while Stratasys operates almost exclusively in the polymer space with proprietary technologies like FDM and PolyJet.

Yoav Stern, CEO of Nano Dimension, explains, “The purpose of Nano Dimension in buying Stratasys shares is the formation of a strategic investment in a market-leader which is well established in a relatively seasoned market segment.”

The next step in Nano Dimension’s expansion

Nano Dimension has positioned itself as a leader in the relatively niche 3D printed electronics sector, offering machines that simultaneously deposit conductive silver nanoparticles and dielectric polymer inks. No other firm in the industry has doubled down on the application as hard as Nano Dimension, with potential use cases in multi-layered PCBs and advanced AME circuits.

Nano Dimension was also early to what later became the SPAC trend, using a reverse merger to finance its ambitions.

The company’s proprietary line of DragonFly printers, including the most recent DragonFly IV, actually brings in relatively little revenue due to low sales volumes. Looking at H1 2021, the DragonFly lineup generated just $1.6 million in revenue. This was an improvement of 60% on the $990,000 reported in H1 2020, but is still nowhere near where Stern and his shareholders would ideally like to be.

In a bid to boost growth, Nano Dimension has ramped up its expansion efforts in the past year or so, committing to spending more of the $1.5 billion it raised since going public on the Nasdaq in 2016. Included in this spending is the acquisition of 3D printing and technology firms whose products and services complement Nano Dimension’s.

For example, 2021 saw the acquisition of DeepCube for $70 million and Nanofabrica for over $50 million, endowing Nano Dimension with additional artificial intelligence and microprinting capabilities. More recently in 2022, the company also bought Global Inkjet Systems for $18.1 million and Admatec/Formatec for a total of $12.9 million.

Why buy into Stratasys?

One of the most striking differences between Stratasys and any of Nano Dimension’s other investments is sheer size. The FDM leader sports a market cap of around $1.24 billion (54% larger than Nano Dimension’s $803M), and generated $521M and $607M of revenue in 2020 and 2021, respectively. This makes it one of the more stable and reliable money makers in the 3D printing sector: characteristics that turn heads when the word recession is increasingly mentioned.

Additionally, Stratasys is also defined by its ever-growing portfolio of 3D printing technologies. Beyond innovating FDM and PolyJet, the company has added SAF, P3, and even SLA to its lineup thanks to recent acquisitions of its own. From Nano Dimension’s point of view, there’s plenty of opportunity for complementary products and services there, paving the way for that much-needed sales growth.

Stern concludes, “We may increase or decrease our investment in Stratasys, subject to market conditions and other economic factors, while keeping it under the framework and envelope which will evolve from the description above.”