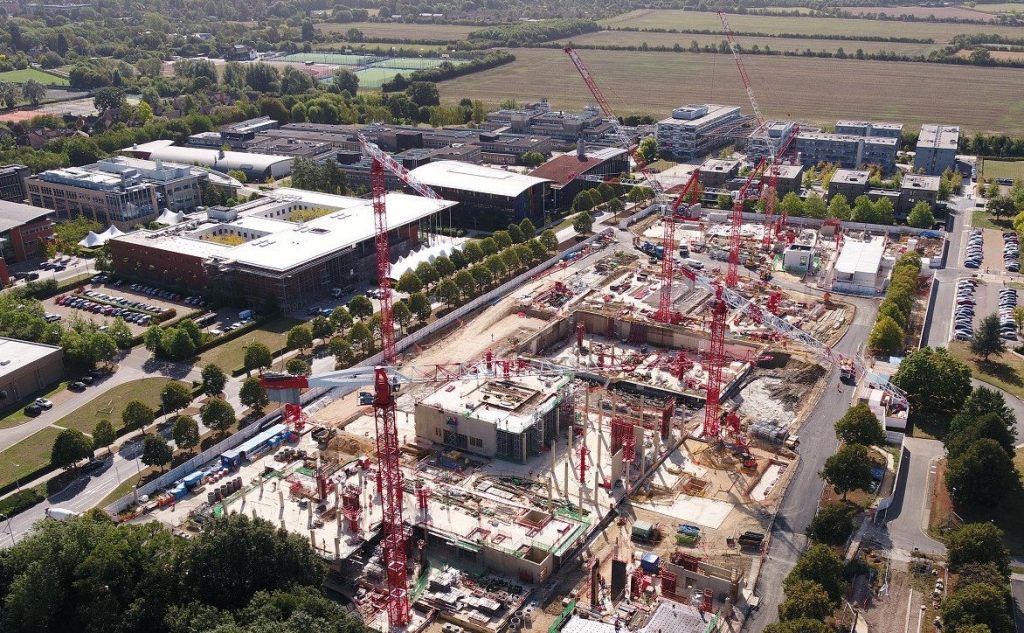 In the second edition of 3D Printing Industry’s series on Artificial Intelligence (AI) and 3D printing, interviewees tell us how the technology is helping step up the process of identifying, optimizing and qualifying new additive manufacturing materials.

As engineers that work in the industry will no doubt be aware, before 3D printing with any novel material, it’s necessary to ‘qualify’ it first. Traditionally, this has meant identifying a link between entered parameters for processing a given feedstock, and the properties of the parts it produces, in a way that provides later users with assurances on quality.

However, qualification can be lengthy and laborious, and in the past, the National Institute of Standards and Technology (NIST) has criticized its “lack of repeatable process outcomes,” as an “impediment to [3D printing’s] widespread implementation.”

One of those now seeking to accelerate the process is Intellegens, which has developed its own AI toolset that’s capable of training deep neural networks to rapidly qualify materials, even from sparse or noisy data. Marketed in the form of its Alchemite software, the firm’s Marketing Manager Stephen Warde, says the technology allows users to “dramatically reduce the trial-and-error” phase of R&D.

“The software performs advanced analytics on experimental and process data,” explains Warde. “It can identify relationships within the data and use those to predict outcomes for material or process setups that have not yet been tried. Such analysis does not replace experimentation or testing, but it does help users to focus that experiment more effectively, and get to a result much faster.”

While firms like Intellegens have begun to market their AI-powered software, the emerging nature of the technology means that it also remains under constant R&D. At an academic level, this has seen groups such as the Fraunhofer Institute for Material and Beam Technology (IWS) develop their own algorithmic approaches to qualification, with the aim of making metal 3D printing ten times faster.

“Industry is looking for ever more and ever different materials which are, however, often difficult to process,” Fraunhofer IWS’ Frank Brückner said in an update on the project in mid-2019. “Through algorithmic analysis for a high-throughput of material samples, the institute is gradually developing a ‘recipe book’ of parameters, temperature and feed rate for processing challenging superalloys.”

Since Fraunhofer IWS’ project kicked-off, such algorithms have been honed significantly, and they can now be trained to focus on finding ways to provide materials with particularly advantageous traits. At the Dhaka University of Engineering and Technology, researchers have even managed to use machine learning to come up with six nanoparticle-infused filaments, designed to yield parts with better “mechanical and physical qualities.”

In an effort to gauge where the development of AI-led algorithms currently stands, 3D Printing Industry has reached out to Dr Yu (Roger) Dong of Curtin University. Working as part of a recent cross-institution project, Dong and his colleagues have sought to not only establish the state of play in biocomposite discovery, but chart the potential of AI-based approaches to doing so in future.

According to Dong and co’s findings, machine and deep learning technologies could yet “revolutionize” the “trial and error” methods still used in parts of the industry. Specifically, the mechanical engineering lecturer sees “great potential” in the use of AI-based approaches in formulating new materials, which are more eco-friendly but don’t compromise on quality either.

“AI offers the potential to optimize the identification of 3D printing process parameters, as well as material selection and the formulation of new biodegradable materials,” said Dong. “Such materials could have enormous advantages over traditional printing polymers, with excellent biodegradability and environmental friendliness, which are essential to making a positive contribution to the global circular economy.”

Elsewhere, at TU Delft, Professor Amir Zadpoor is part of a team that’s currently engaged in cutting-edge simulation-based research into developing materials that feature unusual characteristics. Thus far, utilizing deep learning models, the researchers say they’ve found a way to predict the behaviors of multi-ingredient materials prior to mixing them, while bestowing them with “rare elastic properties.”

As the technology continues to progress, Zadpoor says he can see deep learning models unseating older technologies still used to evaluate designed parts, much in the same way that they’ve “replaced humans in many tasks.” In fact, the professor thinks AI-led processes could even reach a point that they replace finite element modeling, an eventuality with “huge commercial potential” for software developers.

AI in AM: a commercial opportunity?

While AI-driven algorithms aren’t widely adopted in the 3D printing industry today, there’s evidence to suggest that they’re at least starting to gain traction. One way the technology has been applied is in the construction sector. Using machine learning alongside the Swinburne University of Technology, Bouygues Travaux Publics has tried its hand at categorizing construction printing materials.

Over in the defense industry, Senvol has also seen its Senvol ML software repeatedly deployed, with America Makes recently contracting the firm to use it as a means of ramping up aerospace material qualification. Speaking to 3D Printing Industry, Senvol’s Zach Simkin explained that the project has delivered “promising and exciting results,” but a lack of awareness of the technology remains an issue.

“A lot of folks are simply not aware that mature ML software tools exist for additive manufacturing, and that you do not need any sort of expertise in statistics or machine learning in order to be able to use these tools,” said Simkin. “AM teams across any discipline can take advantage of them and make their parameter optimization and material development efforts much more efficient.”

On the flipside, the category of emerging AI-led 3D printing software developers is populated by researchers such as those at MIT as well, which have come up with a novel open-source ‘AutoOED’ ML algorithm. Designed to enable adopters to automatically identify viable materials with desired qualities, the software is said to be able to carry out “hundreds of iterations” over a matter of days.

As a result, the growing market for those solutions capable of optimizing the process of 3D printing material formulation is clear, but what’s less obvious, is which business model is best suited to driving the technology’s adoption.