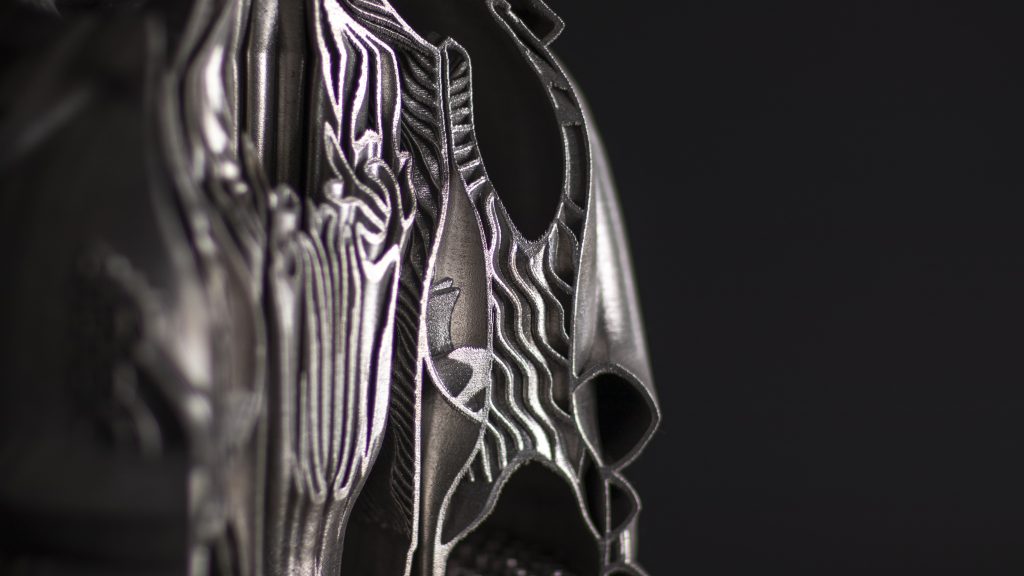 HYPERGANIC LAUNCHES ITS AI-BASED ALGORITHMIC DESIGN SOFTWARE TO THE PUBLIC

Supported by a $7.8 million funding round last year, the software platform allows users to design 3D printable parts using algorithmic models, providing an alternative to the traditional component design process. Hyperganic Core is expected to significantly streamline engineering workflows in sectors such as aerospace, enabling complex geometries to be computationally finalized in a matter of minutes while ensuring optimized performance.

As of June 15, Hyperganic Core 3 is officially open to a ‘limited number’ of public applicants for the very first time. Free to download, the soft rollout will occur in batches of hundreds of users at a time.

Lin Kayser, CEO of Hyperganic, said: “Algorithmic Engineering translates ideas into designs in minutes, with the engineer setting the rules and the computer generating the results.”

The history of Hyperganic Core

In development for the past seven years, the backbone of Hyperganic Core is a special-purpose geometry kernel based on 3D voxels. A large portion of the platform is written directly in Assembly, which is the low-level programming language just a step above binary machine code (0s and 1s). As such, it’s close to the hardware level and optimized for a wide variety of processor architectures. Kayser states that it even runs well on his fanless MacBook Air.

The initial release was Hyperganic Core 1. The (then small) team worked closely with various 3D printer manufacturers to ensure the platform was compatible with powder bed, resin, and extrusion-based processes.

Hyperganic Core 2 was the first time Kayser’s team integrated an external coding interface with Visual Studio and C#. The language was chosen because it’s simple but modern and suitable for larger-scale software development. This is what enabled the company to scale sevenfold over the past 18 months, having now hired an entire department of software engineers.

Since Core 2, the firm has also created comprehensive online courseware that people can use to train themselves in algorithmic engineering. Hundreds of early adopters have since been invited to the platform, with many of them coding their own AI design algorithms for fields such as aerospace and consumer goods.

With Core 3 now available to the public, anyone with the will to do so can learn how to design 3D printable parts using algorithmic engineering. Kayser states that for non-commercial and open-source users, Hyperganic Core will always be free to use. Customers also have the option to monetize the objects they design, as well as the custom algorithms used to design them.

Kayser writes, “You can share and Open Source your code — and I hope many of you do, because we engineers should focus on new problems to solve instead of sweating over things that have been done in the past.”

Despite its hot launch, Hyperganic Core isn’t the only generative design software out there. The biggest fish in the pond is nTopology, which recently introduced its third-generation latticing technology for 3D printing. Designed to be easy and quick to use, the new lattice design tools aim to provide users with greater control over complex lattice structures for DfAM applications.

Last year, engineering software developer Autodesk announced a huge price reduction of 80% for its own algorithmic design software, the Generative Design Extension of Fusion 360. Commercially launched back in 2018 for an annual subscription of $8,000 per year, the AI-powered extension has always been relatively inaccessible to anyone other than major engineering and manufacturing firms.